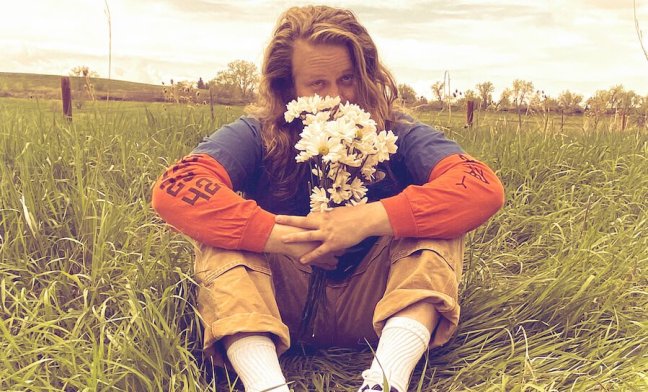 Who the fuck is Danny Evans? You don’t know? Oh, not too long ago, we didn’t either. Then we heard Dear Daisy, his newest single on This Old Engine Records, and now we’re never going back.

We had very limited knowledge of his previous work with Amoramora and if that’s also your case, it’s okay! This is a new and independent venture for the multi-instrumentalist singer-songwriter. (However, we do recommend checking them out!)

Dear Daisy is the beginning of Danny Evans’ dive into the back catalog of songs he has built up over the last five years. This single was just released on June 25th and luckily for us it was released digitally as well as on physical media, but more importantly on cassette!

Like many other well-crafted songs, the brightness of it’s jangle and pop are contrasted with lyrics that paint a melancholy picture of love gone wrong. This vulnerability makes the song that much more relatable, Danny’s method of coping that much sweeter, and the humor it’s laced with that much more potent!

Danny has written an impressive debut single, drenching his pop sensibilities with atmospheric textures. You can hear the crisp strumming of acoustic guitars complimented by delay-ed out electric guitars, and otherworldly backing vocals.

Danny not only wrote this song but was also at the helm as it’s producer! The track was mixed by Mike Robinson (of Railroad Earth) and mastered by Philip Shaw Bova.

This song will appeal to fans of indie, lo-fi, garage, psychedelic, pop, and more! We are excited to witness this new chapter for Danny Evans and his song-writing!

In summary, Dear Daisy has put us in a dream like state and we don’t ever want to wake up!